Preserving virgin forests in collaboration with the Ecuadorian Minister of the Environment and the local populations.

One of the consequences of deforestation is the diminution of wildlife, especially mammals. Cutting forests reduces natural habitats but also lessens food supplies in the process.
Since 2018, the Ishpingo foundation has helped 16 kichwa families to replant endemic fruit tree species on their plots, located in the vicinity of the Natural Park of Llanganates. The saplings were grown in a nursery with a capacity of 3.000 plants. The plantation took place troughout the year, each family has planted 200 trees. Our medium-term purpose is to encourage wildlife to come back in this area. The group that have initiated this project wants to set up an agrotourism system combined with the creation of ecological trails within the Natural Park of Llanganates. Tourists will then have the opportunity to observe wildlife (jaguars, pumas, tapirs, monkeys, wild boars, agoutis, Cingulatas…). A wonderful project just starting…

#2 Reforesting the Natural Park of Llanganates 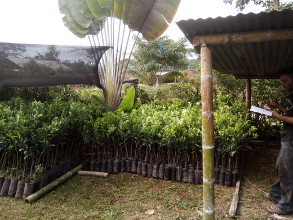 Selective deforestation of key timber species that has been going on for several decades has caused the near extinction of these species withtin the agricultural plots. Wood is an indispensable material, especially to build houses, but it becomes rare thus a source of conflicts. To avoid illegal cuts within the Natural Park of Llanganates it is essential to reforest the farms of the indigenous populations around.
Since 2014 the Ishpingo Foundation works in partnership with the Ecuadorian Minister of the Environment which is in charge of protecting the Natural Park that spreads from the Andes to the Amazon, covering around 300.000 hectares. 3 local guards are assigned to the « Amazon» part of the park. Their activities are multiple while they have very little ways. For example they are supposed to control illegal cuts of trees, poaching, gold mining, river pollution…
Since Ishpingo is the only NGO structure working in the vicinity, the guards contacted us to ask for some backup for the reforestation part of their job. We built up a tree nursery and we teached them how to produce a large number of plants within a tree nursery, how to plant young shoots and how to perform a good plant monitoring. Each year around 3.000 to 4.000 plants are produced and distributed to the local populations living close to the park.
Reforestation operations are carried out with the most motivated farmers or with students coming from the local schools. Up to now we have already replanted 14.000 trees and this collaboration is only beginning…

#3 Protection of mother trees and creation of a seed bank

To plant trees one needs seeds, a lots of seeds! In addition they have to be good quality seeds, coming from mother trees presenting excellent morphological characteristics. Keep in mind that one should not produce all the seeds from one or two different mother trees per specie. 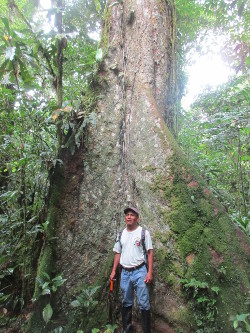 If you do, genetic variability is going to decrease which weakens the species and inexorably leads to its decline.
Once more selective deforestation almost destroyed the entire population of timber wood species and only a few trees are remaining. And this trend is being accentuated ! We could count on the trees the Ishpingo foundation has planted 10 years ago to get some seeds but there is a risk that we run out seeds before they actually start their first reproductive cycle.
Faced with this worrying problem, Ishpingo made the decision in 2017 to launch a brand new activity which consists of protection mother trees within private reserves owned by people or entities concerned by environment issues.
We think that a mother tree is a common good thereby it should not be the sole responsibility of its owner. To achieve that it is necessary to give the owner a financial compensation to dissuad him from cutting the tree. In exchange he lets us gather the seeds produced by the mother tree. We consider those trees as a seed bank that everyone can profit from. 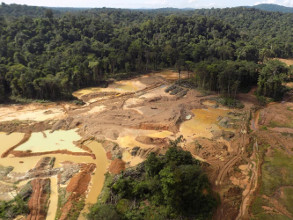 The geographical location of Llanganates National Park gives it a unique singularity. Located between the Amazon and the Andes Cordillera, from 600 to 4000m above the level of sea, this ecosystem hosts the famous spectacled bear and offers a very specific climat. Within this park there are a very high biodiversity and many endemic species.
Protection the 300.000 hectares of the park is a priority for both the Ishpingo Foundation and the Ecuadorian government. Even if we are convinced that developing the awareness of local populations is the best way to protect forests and their resources (water, fresh air, biodiversity, wood…), we are faced with the seriousness of the situation. To curb the degration of natural reserves it was necessary to set up a resources control system. To achieve this goal, the Ecuadorian Minister of the Environment built a check point on the single access road to the park. This check help will be helpful to tackle illegal cuts, illegal gold mining as well as poaching.
Trough own funds, Ishpingo foundation managed to help finishing the construction. However it’s still not enough to make this check point a functional one. We have to tool it up. That’s why we still are looking for funding. We aim to make it operational as soon as possible. When it will be the case, we’ll ponder if it’s possible to run research and conservation activities within the park and to assist the government in its surveillance.