Deforestation usually arises from conversion of forest areas into croplands and grazing lands which is itself caused by demographic explosion and the pursuit of productivity. However the deforestation in the Ecuadorian Amazon is essentially induced by the construction of new access paths through the forest to exploit oil resources.
It inexorably provokes the progression on the pioneer front toward primary forests. Then follows selective logging, felling the trees for high quality timber to supply both the national and the western markets.
Selective logging transforms primary forests into secondary forests whose economical value is very low. 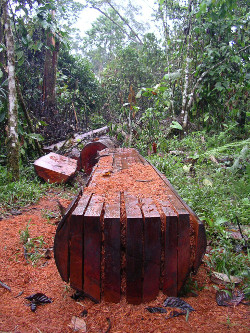 These lands are then occupied by people coming from densely populated areas and who convert secondary forests into farmland, seeking quick profits. These new residents also continue deforestation looking for quality timber deeper and deeper inside primary forests. As generations follow one upon another, the pioneer front advances while the primary forests step back.
In such a colonization system, forest conservation is almost impossible. The issue is to be able to curb this phenomenon a long enough time to let the collective consciousness agree on the need to preserve primary forests.
One of the solutions is to succeed in developing secondary forests and the production of lumber wood directly on farmlands just as is the case in agroforestry systems.
The economical success of reforestation projects inevitably involves the participation of local people. The forests managed sustainably produce timber, wood fuel, medicinal bark but also enable the storage of carbon which is one cause of the global warming phenomenon.
Plants indeed absorb carbon dioxide during their growing phase and store it until they get burned or decomposed. Thereby increasing the number of trees decreases the amount of carbon dioxide in the atmosphere during trees lifetime. Furthermore if those trees are used to create objects with a long life span (furnitures, houses, etc…) then carbon storage time lengthens that much.

Carbon dioxide sequestration
We consider that Ishpingo project stores carbon dioxide in two different ways.
A) Directly: by converting degraded farmlands into agroforestry plantations where the density of lumber wood species ranges from 100 to 1000 trees per hectare. 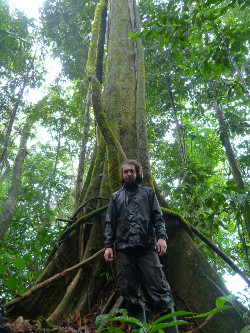 Based on a simplified calculation, most part of carbon compensation organisms consider that 1 tonne of carbon is stored for each tree during the first 10 years of growth. That to say from 100 to 1000 tonnes per hectare.
These noble kinds of wood can also be utilized to build houses and furnitures or at least be sold to make immediate profit.
B) Indirectly: because it decreases the pressure exerted on surrounding primary forests. Carbon emissions that might have been provoked by the complete destruction of those forests can’t be evaluated precisely. Nevertheless it would be much more to what growing trees on reforested plots can absorb. This phenomenon is called avoided deforestation.
Around 20% of greenhouse gas emissions are caused by deforestation. That’s why avoided deforestation projects are taken very seriously by the United Nations.

Sustainable forest management
It is necessary to keep in mind that « legal » wood worths twice as much as « illegal » wood. This symbolic ratio of 1 to 2 is quite well understand by the local populations. As a result they quite easily play the game of reforestation and sustainable management. Logging are overseen by forest engineers who determine a maximum number of trees to be cut a year and force the farmers practicing reforestation.
Wood is therefore seen as a bank deposit or an investment. If necessary it can be cut and sold to get a certain amount of money. A hudge awareness-raising effort has to be done among all the populations that interact with forests. In Ecuador it is not unusual to meet farmers who went as far as to sell their lands to overcome an urgent financial problem.

Trees and traditional herbal medicine
Some kind of lumber wood species are also utilized to brew traditional medicine remedies (leaves, bark). The tree is valued, so preserved and it is no longer necessary to buy modern drugs. It is a good money saving trick which contributes to improve the global living conditions of the local families.

Although storing carbon within the forests allows to ground a hudge amount of it, such a practice has drawbacks.
First, carbon storage within forests is limited in time. An old forest will inevitably enter a low then a null carbon absorption phase when the tree death rate will offset primary production. 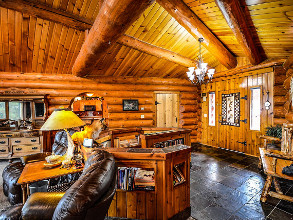 Secondly, there is a spatial boundary. It is impossible to store more than a certain quantity of wood per hectare in a forest. This limit is physical and therefore immutable.
Finally, one has to note that the forest carbon sinks are reversible since forests can be cut or burned.
The best way to store carbon for a very long time seems to build wood products. Replacing materials, fossil energies and minerals by wood has a strong impact on carbon emissions. We call this « avoided pollution ».
Not only wood products allow to lengthen carbon storage but also they give a true economical and social value to secondary forests. This value plays a major role in preserving primary forests whose future is closely connected to the new methods of reforestation and exploitation of agroforests.